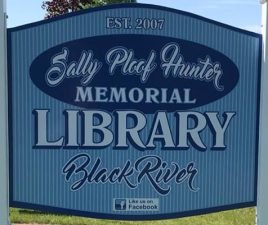 Sometimes it’s not just a normal human coming after you.  Sometimes, it’s something else!!!  Monster horror movies have a large range of what could be considered a monster.  This could range from vampires, werewolves and zombies.  The monster could also not be something that was naturally made, instead something created in a lab and unleashed on the world (whether on purpose or by accident).  Monsters are usually more difficult to take down and require more than simple means to defeat them.  This would be things like holy water, silver bullets and fire.  Sometimes the writers will acknowledge these weaknesses and other times they will go again those stereotypes.

But in the end, the monster will probably get you.  So run, run as fast as you can!!! 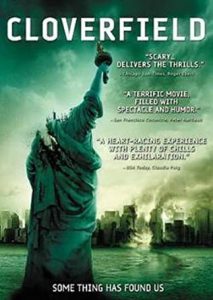 Rob is getting ready to leave New York in order to take an executive job at a company in Japan. At his goodbye party in a crowded loft, Rob’s brother Jason hands a camcorder to best friend Hud, who proceeds to tape the party over old footage of Rob’s ex-girlfriend, Beth.

Beth shows up at the party with a new beau, which upsets Rob. Then the unexpected happens: New York is suddenly under attack from a Godzilla-like monster from the sea who stomps through midtown, destroying everything and everybody in sight. Rob and his friends take to the streets, but instead of running away with the other evacuees, they head toward the center of destruction so that Rob can rescue an injured Beth.

Can Rob save both Beth and evacuate to safety, or will he be just another victim of this unknown creature?

Book: Gil's All Fright Diner by A. Lee Martinez 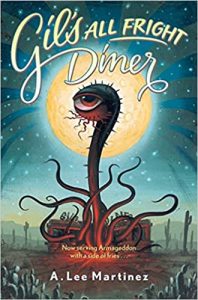 Welcome to Gil’s All Night Diner, where zombie attacks are a regular occurrence and you never know what might be lurking in the freezer. . . .

Duke and Earl are just passing through Rockwood county in their pick-up truck when they stop at the diner for a quick bite to eat. They aren’t planning to stick around–until Loretta, the eatery’s owner, offers them one hundred dollars to take care of her zombie problem. Given that Duke is a werewolf and Earl’s a vampire, this looks right up their alley.

But the shambling dead are just the tip of a particularly spiky iceberg. Seems someone’s out to drive Loretta from the diner, and more than willing to raise a little hell on earth if that’s what it takes. Before Duke and Earl get to the bottom of the diner’s troubles, they’ll run into such otherworldly complications as undead cattle, an amorous ghost, a jailbait sorceress, and the terrifying occult power of pig Latin.